As we work together let’s keep in mind that one another argument can bring us together through learning or tear us apart through insults. Here are some tips to “keep it clean and productive” if you are thinking about getting in a debate with someone you know, or about something you think you know.

It’s not like this list is meant to be a rule book, but it couldn’t hurt to think about these things next time you get heated about issues. If your purpose is to improve, unite, progress, or fix then I strongly suggest following it. If you enjoy yelling and making claims whether or not they are true or helpful because it makes you feel good, well – you have much more to worry about then winning a casual debate.

If you think everything is going “down the drain” then what is it that yelling will do to change it? What do you win if you’re right? Work hard on making a difference through learning, discussing, and finding common ground. 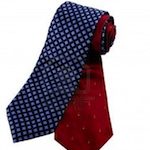 What I want to dive into and can’t wrap my head around yet are the 45% of people that elected the continuation of policies in the 2008 election. Hear me out. 45% of people voted in 2008 to preserve the state of affairs we were in *then*. If you can remember, we actually thought America was about to go under. It was the most scared I have been for an immanent collapse in my lifetime. It was not a Nostradamus prediction of collapse 4 years away, it was collapsing right under our feet. Not everyone can be an economist, but when we were confronted with a collapse in America, that ended up stretching over the western world, 45% of people in the US were like – yeah I can convince myself that it’s okay and can look past all of it – “4 more years!”

Where was all that passion I see now for the obvious change and disapproval needed then? Where was the wherewithal then in holding people accountable for bad policies and a brightless future? I would be far more content if the 2008 election we saw an 80/20 or 90/10 split among voters. But to have passion about creating a bright future, and arguing about the impact of the economy now at an almost equal % breakdown as then is — absolutely mind blowing. The arguments to vote for change then were dismissed by those 45% back then for a far more hopeless situation. If it didn’t matter enough in the last 10 years, why dose it matter so much now?

Is the whole country held hostage by something as simple as switching from a red neck tie to a blue one?

Have we turned politics into a sporting event where your team wins at all costs? Is it the person, the policies, and the state of affairs, or just a jersey and the opportunity to engage in heated arguments over a Poppa Johns pizza that drives us all? Sadly, the last 8 years point strongly to that fact that it is, and that is what has let me down the most. Which ever way you decide to vote now, my issue is with consistency and perspective. What would YOU say to YOURSELF if you went back in time to only 4 years ago? Would you have to change what you were passionate about now just to agree with your former self then? I don’t know how this election will turn out, but I do know that there is a far greater problem in America, the lack of objectivity, and a passion to *find* issues to leverage for the benefit of an election, and not the need to examine an issue for the sake of true, united, prosperity.

Here is one project that could help… Write down what you are so mad/passionate about in this election. Write what you expect and want, and where the failures are that you feel so strongly about. Put them in a box, and read them every 4 years before an election. If Mitt does well then honestly great – I want the *country* to succeed be it by a black, white, or green president. But if he does poorly will you have the objectivity to see it? Or will you make excuses and change your passions so your team, not your country, can win? Will you blame *bad* performance on the last president, would you blame the *great* performance on the last president just the same?

(And don’t be so cocky about how it would play out. 45% of you would have already been screwed if you stared this project only 4 years ago!)

Look, believe what you want, but a great america actually starts with you – not the president.

A great politician will become great at being elected, a great business man will be great at making allot of money for himself, and a great citizen will do what’s best for them and their neighbors. It is tough to trust that all three will work perfectly for one another with such different objectives driving each of them. The greatest side to have faith in and support is, and always will be, the citizen’s side. If you are picking a side, pick our side, the non elected, non-special interests side – the peoples side.

The greatest impact made is not from someone elected, but from those that elect.

Please, keep sports out of politics.

I hear quite a few people tell me that they are “voting on the economy” or that they are fearful of the future. The funny thing is we don’t need to be fearful or imagine the future  we have lived through some scary ups and downs in the past 10 years. The problem with voters that stick to one party or the other is they don’t realize that they are voting for the party, not the economy. How can I demonstrate this? Well instead of me assuming that *you* specifically have a certain type of economic voting track record, I will let you be the judge for yourself. Below is census data since 1993 in four year increments. Look through them and ask yourself how did you vote at the end of the shown term. Did you vote on the economy then? It is very possible that you got what you asked for.

Did you vote for more of the same, or for change?

Did you vote to change or more of the same?

Did you vote for change or more of the same?

Did you vote for change or the same?

The way I see it is all those years in the past you had a chance to vote for more of the same or change, and in the past it’s exactly what you got. Sticking to your “party” instead of voting on what is best for the country is very much what you get: a party in office, not necessarily a better country. So the main thing I want to do is put to sleep the concept of “I’m voting for the economy”. Based on your past it is very possible that you never really have.

I am posting some updates to census stats since, as I said before, the data is there, it’s public and people should be exposed to it without ads or “interpretations” in the middle. 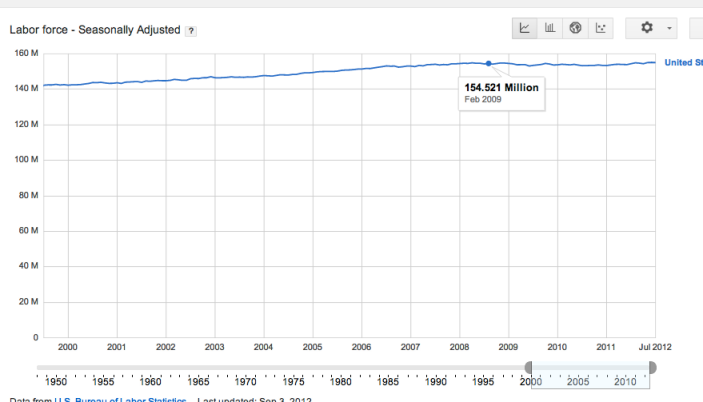 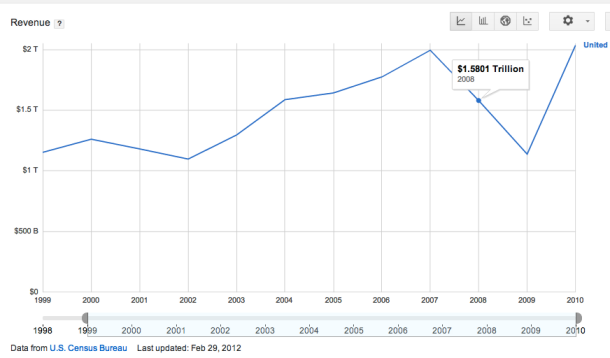 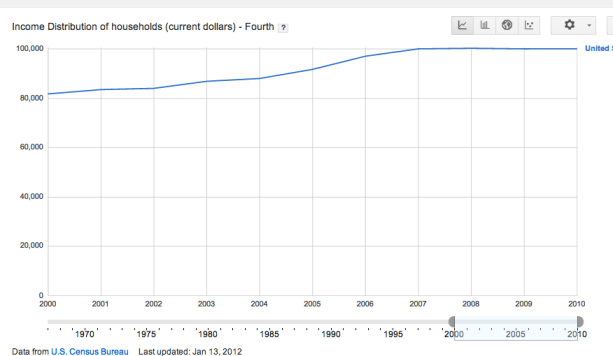 Complaining about gas prices is like complaining that your love of ice cream has made you fat. This is the data points that should matter to you: http://cl.ly/0H0R1H312e1h0n1h3x42&#8230; Stop buying big cars that suck gas, EVEN when this fall/winter gas prices go down, as they usually do.

If you feel like a baller and you want to get a big car that sucks gas, then keep that top-dog mentality  and pay the high gas prices in with some pride. As a matter of fact, it would make more sense if you bragged about how much you get to pay for your big high-roller rich-boy status.

Again, please read the data before you shout form a hill and light those torches in the street, based on some guy in a suite trying to get the most sought after job in the world, and tells you something that makes him look good — no matter what side that may be.

As usual, here is my non-political mouthed stats and data, from the source, with links to where you can read more in case you are without time, or just lazy.:

” (OPEC) was founded in Baghdad, Iraq, with the signing of an agreement in September 1960 by five countries namely Islamic Republic of Iran, Iraq, Kuwait, Saudi Arabia and Venezuela. They were to become the Founder Members of the Organization.

You also might have forgotten the highest increase in gas was between 2001 and 2008. Remember when we had all those awesome Hummers that were sold only a few years later? Oh and those wars in those countries that are the leaders of OPEC because we were “so angry”? Yeah – remember, learn, be smart.

Get more data about energy use and projections here: http://www.eia.gov/

Control what you can control, and think ahead next time some one out there tries to save up money in our national bank, asks you to help them cut down on our dependency on oil, and says you will look cool in a big gas thirsty car. Whether gas prices or high OR LOW. 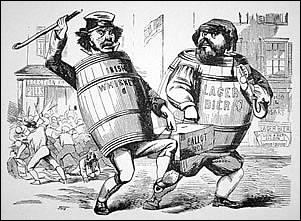 I was watching Gangs of New York and some of the anti-equality debate sounded familiar. So, I started looking things up as I love to do.

It’s funny how every generation has a group of their own that are composed of those that are sure others are less equal to them, and their way of life is threatened. What I found even more interesting was  what was threatening the lives of the political parties of our past, more than 100 years ago.

The “Know Nothing” party was political group created for the those that feared change, and was wiling to kill to keep those unlike themselves out of their towns in the late 1800’s. The differences they found to mark their divide were the “native” vs. the “non native” (AKA fresh of the boat irish vs. those born here) and the divisions of Christianity each gang chose as their own.

Check out the write up on the Know-Nothing party here (http://en.wikipedia.org/wiki/Know_Nothing, http://history1800s.about.com/od/immigration/a/knownothing01.htm), or on your own. Utterly amazing how little somethings change.

Hate and inequality seems to always find a way to sneak its head into the eyes of those thinking they are prototecting tradition.

I guess a question to ask is, will your party, group, or even your name make its way onto that page for your kid’s kids to read 50 years from now so they can say, “wow, how stupid were they?!”

I was watching Gangs of New York and some of the anti-equality debate in the movie sounded familiar. So, I started looking things up – as I love to do.

It’s funny how every generation has a group composed of those that are sure others are less equal to them, and believe their way of life is threatened, in this case occurring over 100 years ago.

The “Know Nothing” party was a political group created for the those that feared change. The differences they found to mark their divide were the “native” vs. the “non native” (AKA fresh of the boat irish vs. those born here) and the divisions of Christianity each gang chose as their own.

Check out the write up on the Know-Nothing party here (http://en.wikipedia.org/wiki/Know_Nothing, http://history1800s.about.com/od/immigration/a/knownothing01.htm), or on your own. Utterly amazing how little somethings change.

Hate and inequality seems to always find a way to influence those who think they are protecting tradition.

I guess a question to ask is, will your party, group, or even your name make its way onto that page for your kid’s kids to read 50 years from now so they can say, “wow, how stupid were they?!”